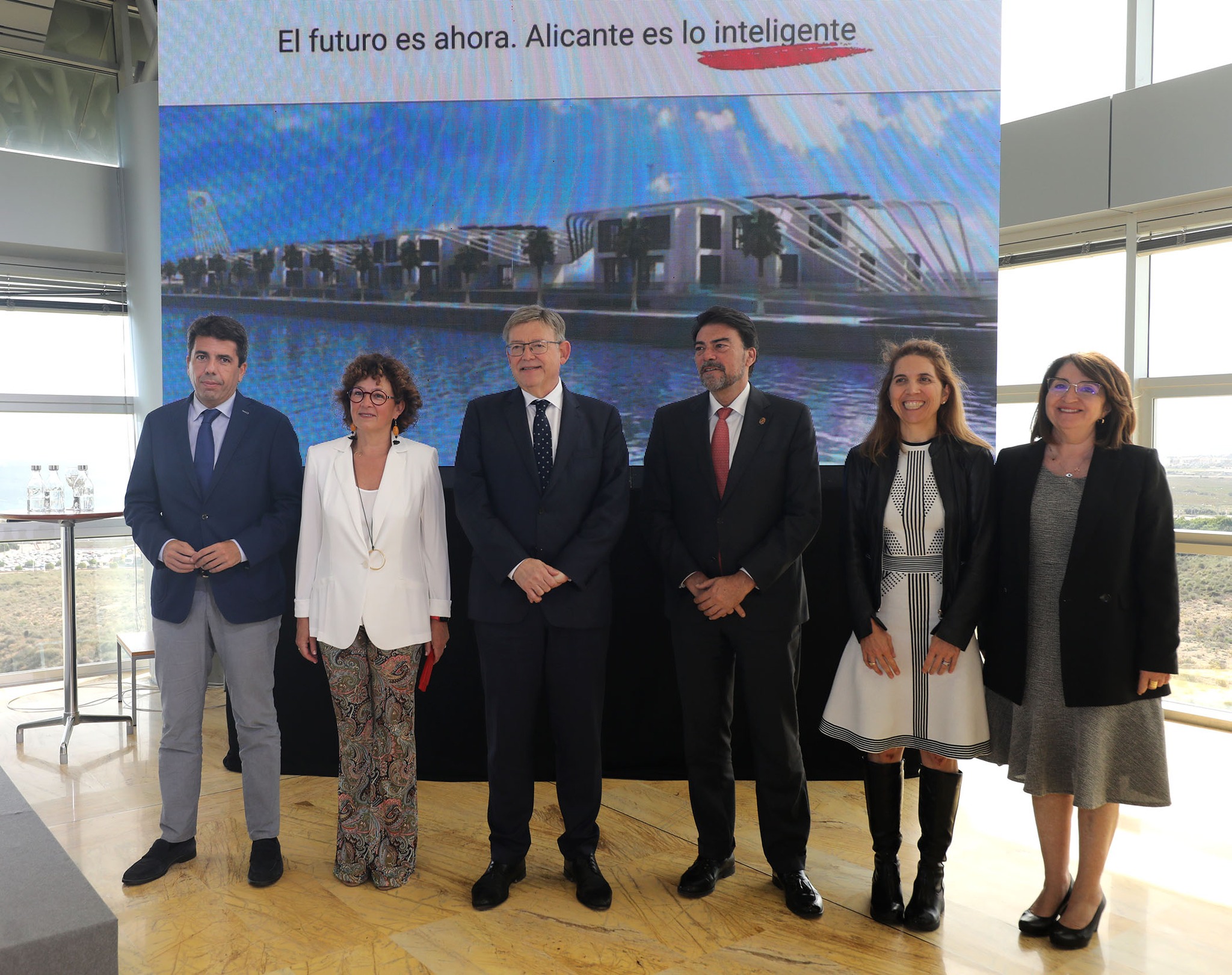 ALICANTE CITY, along with Granada and La Coruña is a frontrunner in the race for Spain’s Supervisory Agency for Artificial Intelligence (AESIA).

Speaking at the Distrito Digital technology park in Ciudad de La Luz, Puig revealed that the AESIA command centre would be located in an “unbeatable” position in a new building on the port’s Quay 5.

“What’s more, Alicante’s interest in Artificial Intelligence is not new as it as already succeeded in becoming a reference for innovation and digitalisation,” he said.

Putting aside their political difference with the Generalitat, Alicante City’s mayor Luis Barcala and Carlos Mazon, president of the Diputacion provincial council, agreed on the need to cooperate in order to secure this central government plum.

“Unity is strength and combining our efforts is vital for achieving this objective,” Barcala said during his own speech.  “I’m sure that I’m also speaking for the Diputacion president, Carlos Mazon,” he added.

Talking to the media afterwards, Mazon declared that Alicante ought to continue battling for AESIA because it deserved it.

“We must fight together and fight each day,” he insisted.

There was a November 5 deadline for presenting candidacies, with the central government due to  announce their decision within a maximum of six months.  A decision could nevertheless arrive before the end of the year, sources said.

Thank you for taking the time to read this article, do remember to come back and check The Euro Weekly News website for all your up-to-date local and international news stories and remember, you can also follow us on Facebook and Instagram.