Nothing lasts forever and this is especially true for online services, as their lifespan is ultimately dependent on the number of active users they have.

These platforms tend to meet an untimely death when they start to lose users, sometimes to newer, better services.

Twitter introduced Fleets last November for users to post “fleeting thoughts” through text or media such as photos and videos.

Fleets wasn’t popular with users so Twitter axed the feature this month. — Relaxnews

A Fleet post cannot be retweeted, replied to in public or via direct messages or get likes. It also disappears after 24 hours.

When it was launched, users were quick to point out that its features were a copy of Instagram Stories while others said its name was unfortunate as it reminded them of a popular laxative product.

Fast forward to July 14 and the company announced that Fleets will be going away, as the number of people using the service didn’t meet its expectation.

The Fleets feature was officially terminated on Aug 3.

Dead in the water

Twitter also announced that it had discontinued the livestreaming app Periscope in March, six years after acquiring the company in 2015. 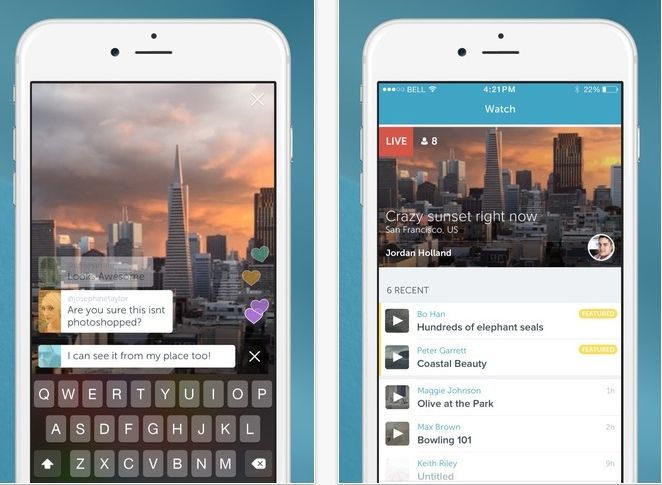 Periscope was launched as a livestreaming app. — Filepic

The team behind Periscope said the app has been in an “unsustainable maintenance-mode state”, adding that declining usage coupled with increasing cost led to its demise.

The web version of Periscope will remain as a read-only archive of public broadcasts, but users will not be able to create new accounts or make live broadcasts.

Yahoo Answers, a service launched in 2005 for users to ask questions and get answers from its members, officially shut down on May 4.

In an email to members, the company cited declining popularity as part of the reasons for taking down the service. Yahoo Answers was a popular service in its heyday. — Filepic

It was a popular site during its heyday, as the community helped highlight the good answers by voting them up or tagging them as the “best responses”.

Active members were awarded points for participation. Accumulating more points allowed them to post or answer more questions per day.

The website will be best remembered for some bizarre questions and responses that have been screenshot and shared widely by users on social media.

They include “Do you think humans will ever walk on the sun?”, “If I got bitten by a six year old, will I turn into a six year old?, and “Do vampires poop?”.

Former US president Donald Trump launched a blog on his official website on May 5 for him to communicate with his followers. It was introduced after he was banned from platforms such as Twitter, Facebook and YouTube for posts deemed to have influenced his followers to storm the Capitol Hill in the United States in January.

NBC reported that his blog entries didn’t receive as much attention on social media compared to his posts on Twitter where he had 88 million followers before he was banned.

In the report, it was speculated that Trump’s online footprint was probably dependent on existing popular platforms.

On June 2, the blog was shut down and Trump’s spokesperson told CNBC that the blog is gone for good.

Microsoft introduced Cortana in 2015 as the digital assistant for its Windows 10 and Windows Mobile, before making it available for Android and iOS. Cortana is no longer taking any more requests for assistance from users. — dpa

Like any other digital assistant, Cortana can answer questions or perform tasks such as sending messages.

It was also intended to create a tighter integration between Windows 10 PCs and mobile phones but failed to gain traction, according to a report.

The popularity of other digital assistants, including Google Assistant and Alexa, also overshadowed Cortana.

As a result, Microsoft removed the Cortana app for mobile devices in the first half of this year.

However, Cortana is still available as part of a feature for Microsoft 365 in some regions.