Technology needs are rapidly changing in the wake of the pandemic. New challenges like remote workforces, talent shortages, and an accelerated need to build more digital-first systems have many organizations scrambling to update their operations. Artificial intelligence software can automate these new processes, and help companies keep up with the fast-changing world we live in. As a result, tech researcher Gartner expects global spending on “hyperautomation” (read: AI software and systems) to reach nearly $600 billion in 2022, up from about $530 billion this year.

AI is already a huge industry, and there’s plenty more growth to be had out there. Three stocks operating in this space that are worth a look in July are Marvell Technology Group (NASDAQ:MRVL), Micron Technology (NASDAQ:MU), and Apple (NASDAQ:AAPL). Let’s find out a bit more about these three stocks with AI connections.

Marvell specializes in the design of chips that coordinate the movement of large amounts of data. Leading semiconductor companies have been scooping up smaller rivals in recent years to consolidate the market as customer needs get increasingly complex, and Marvell has emerged as one of the leaders on this front. Its data processing units (DPUs) and ethernet technology play important roles in data centers and other complex computing systems, and the company is expanding its share of the silicon industry.

Data centers and the cloud services they enable have become a basic computing unit. Marvell DPUs are some of the most advanced chips on the market, able to handle the massive amounts of information needed to train and deploy AI and other large software systems. But big data crunching functionality isn’t just the realm of data centers anymore — these days, the equipment enabling 5G mobile networks, connected industrial equipment, and automobiles are also types of mini data centers and need computing power in real-time at the source of data collection. Marvell’s portfolio of circuitry (which includes the recently acquired connectivity hardware outfit Inphi) is well suited for all of these diverse tasks.

Marvell’s revenue increased 20% year over year during the first quarter (up 17% when excluding $22 million in sales from Inphi during the period). Profitability is expected to dip in the short term as the Inphi takeover is absorbed, but management expects its most recent acquisition to boost the bottom line overall in time. Free cash flow over the last 12-month stretch was $523 million, for a free-cash-flow profit margin of 17%.

This is a historically low profit margin for Marvell, but the new tech and research Inphi brings to the table will eventually pay off. Marvell stock currently trades for 74 times trailing 12-month free cash flow, a long-term value for this growing data and connectivity provider thanks to its temporary bottom-line hit. With a new upgrade cycle underway for data centers and mobile networks and things like cars increasingly reliant on computer systems, Marvell is a top player in the semiconductor universe right now. 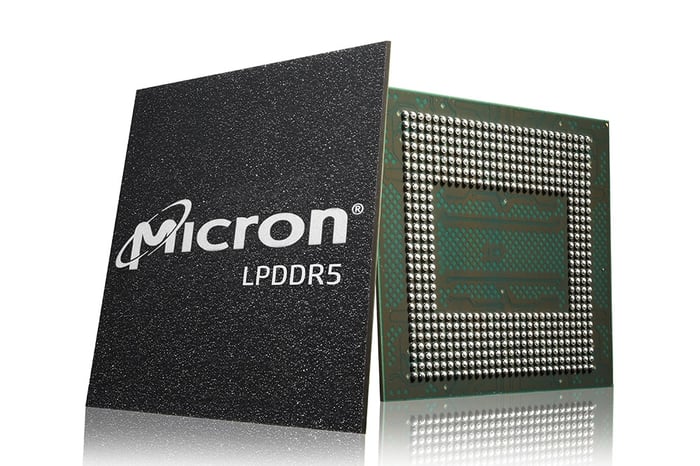 2. Micron Technology: This is a new digital memory market

Speaking of semiconductor stocks, Micron is another top play on automation-enabling hardware. After all, training a computer to mimic the decision-making process of a human being requires not just the coordination of massive amounts of data, but also somewhere to store all of that information. That’s where Micron’s stable of digital memory chips comes in.

Memory is one of the most basic staples of the computing industry. Because of this commoditized status, companies like Micron that design and manufacture memory chips have historically been very volatile. Periods of booming sales and profits are followed by lean times — and often accompanied by losses. As a result, Micron stock has been highly volatile as it has followed these boom-bust cycles over the years.

However, management has taken steps to address this. It has been focusing its attention on the most advanced data needs of its customers and exiting lower-margin parts of the industry. This focus on higher-order memory chips (including AI in areas like data centers, smartphones, and advanced driver assist systems in cars) is starting to pay off. During the last cyclical downturn that started in late 2018 (hastened by the U.S.-China trade war) and continued through 2020 (during the initial economic lockdowns at the start of the pandemic), Micron barely dipped into free-cash-flow negative territory. Now back in growth mode and with plenty of demand in the decade ahead, this chipmaker is in great shape.

Revenue was up 37% year over year in the last quarter to $7.4 billion, and adjusted net income more than doubled to $2.2 billion. The run isn’t over, either. In the final three months of its current fiscal year (which ends at the beginning of September 2021), the company expects revenue to be about $8.2 billion, close to the all-time high last reached back in 2018. Shares trade for just over 13 times expected current fiscal year adjusted earnings per share. With a global chip shortage keeping sales on the rise for the foreseeable future, it isn’t too late to pick up this digital memory leader. 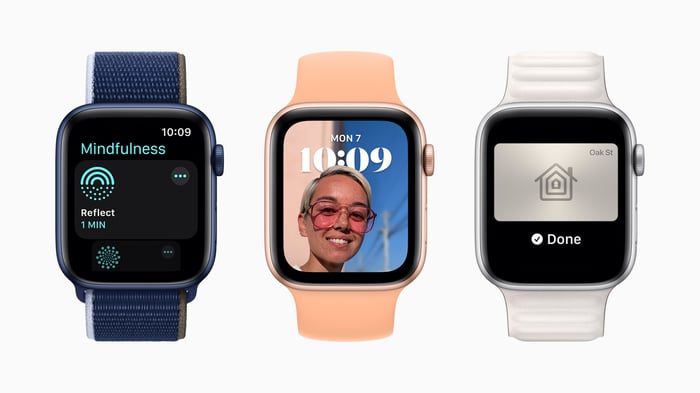 3. Apple: A proven winner finding a breath of fresh air

Marvell and Micron are both behind-the-scenes companies enabling AI, but Apple is helping put the power of software automation into the hands of consumers, small businesses, and other organizations that put Apple devices to work. Sales are booming across product categories. The flagship iPhone 12 is the first-ever 5G network-ready device, new MacBooks feature Apple’s own in-house-designed M1 processors, and the Watch is unlocking new innovations on the digitally connected health and wellness front. Though this is already one of the largest publicly traded companies on the planet, Apple is still growing at a fast pace through its technology leadership.

Among the biggest tech companies out there, Apple looks like quite the deal right now at just 27 times trailing 12-month free cash flow. Revenue surged 54% higher year over year in its quarter ended in March 2021. And while there could be a slowdown in the next period (which will be lapping the initial effects of the pandemic from last spring, offset by product supply constraints from the global reopening of the economy), Apple’s business is otherwise firing on all cylinders at the moment.

Paired with long-term growth of sales and profitability, Apple is also returning massive amounts of cash to shareholders. It increased its quarterly dividend by 7% and added $90 billion to its share repurchase program.

Apple is the most powerful consumer electronics company on the planet, and AI-powered devices and services will be a promising new front in the decade ahead. Armed with $87 billion in net cash, equivalents, and investments on its balance sheet, this is still a core stock to build a portfolio around.

This article represents the opinion of the writer, who may disagree with the “official” recommendation position of a Motley Fool premium advisory service. We’re motley! Questioning an investing thesis — even one of our own — helps us all think critically about investing and make decisions that help us become smarter, happier, and richer.