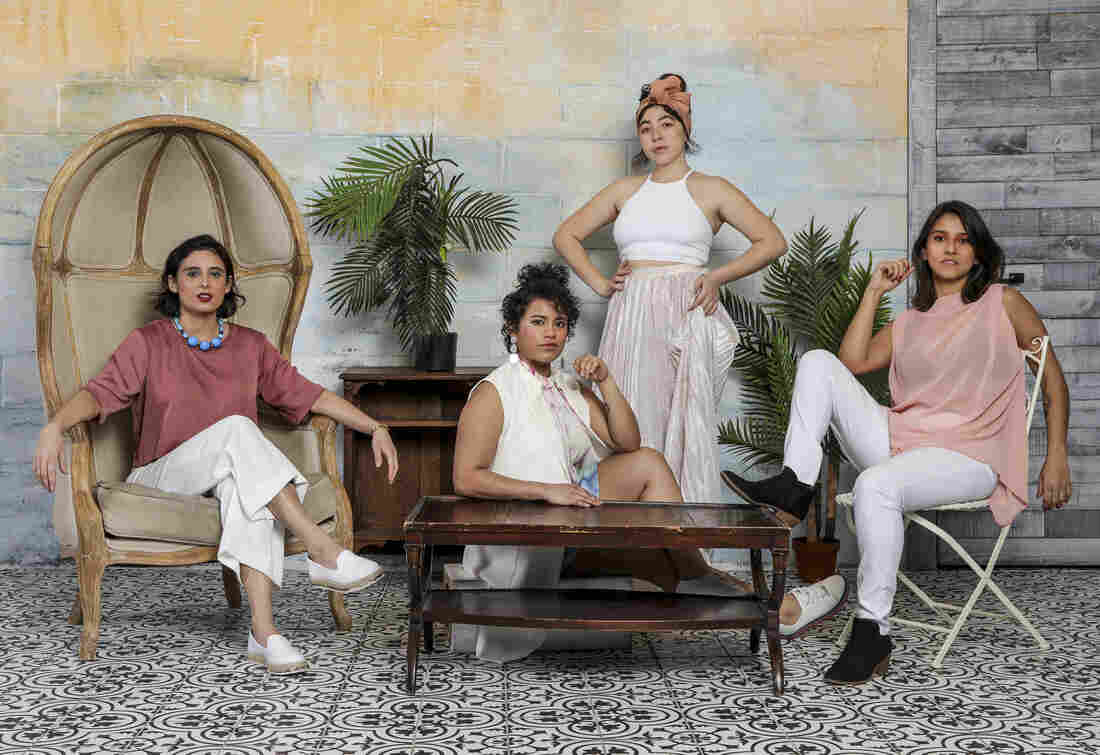 Yanin May/Courtesy of the artist

LADAMA‘s creative power is almost overwhelming. Adept at a variety of instruments and fluent in folkloric forms across Latin America, its members are prolific composers, distinctive vocal soloists and educators. Hailing from four different countries (Brazil, Colombia, Venezuela and the U.S.), they formed the band after meeting at OneBeat, a fellowship focused on songwriting and social engagement. What they learn together they share in workshops and residencies around the world, from universities to neighborhood art centers.

They do all of this while making captivating music that defies category. Oye Mujer, LADAMA’s second album, was crowd-funded by fans. This week, we’ll hear stories behind the songs and how recording in Brazil influenced the pan-Latinx sound. Listen in on a group of musicians discuss their music as creatively as they play it.

Songs Heard On This Episode