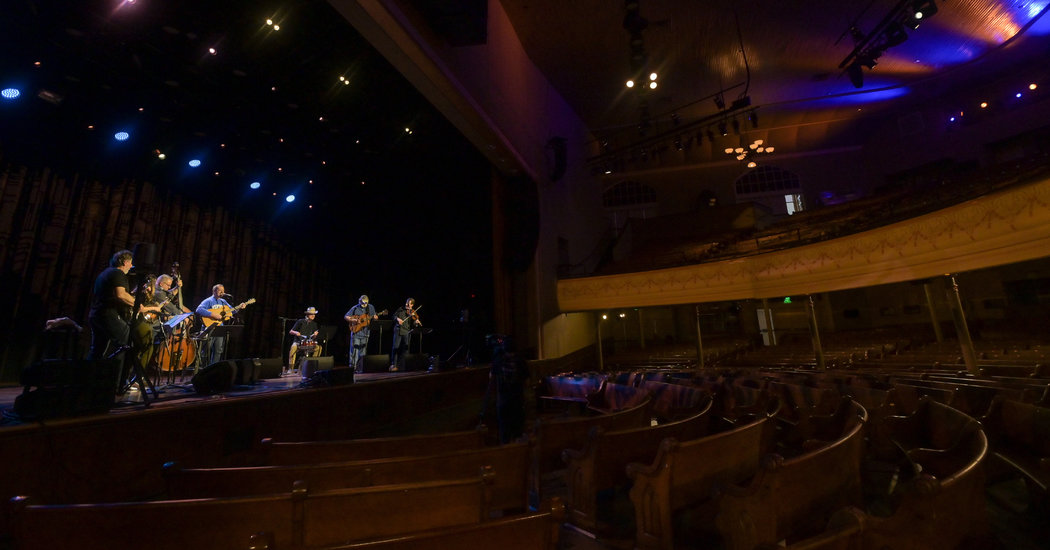 NASHVILLE — On June 27, as Covid-19 cases were rising to a crisis level in Tennessee, the country music artist Chase Rice held a concert outside the Historic Brushy Mountain State Penitentiary in Petros, Tenn. Packed tightly together and wearing no masks — at least none that were visible in the video Mr. Rice posted on Instagram — fans seemed unconcerned that a deadly pandemic was unfolding around them. And probably among them, too.

The video has since expired, but the backlash against Mr. Rice — and also Chris Jansen, who played to a similar crowd in Filer, Idaho — was fierce. Coming on the heels of an image that circulated on social media of a packed bar at Kid Rock’s Big Ass Honkytonk and Rock ‘n’ Roll Steakhouse in Nashville’s tourist district, it seemed emblematic, a giant middle finger to the pandemic itself.

I’m as outraged as anyone at the sight of people making choices that will inevitably cost lives and prolong the pandemic, but I can understand, at least a little bit, why Mr. Rice held that concert and why his fans showed up.

Bands once supported themselves primarily through record sales. But then music went digital, and Napster, the early file-sharing platform, changed the industry almost overnight. I haven’t thought of Napster in years, but the shuttering of clubs and concert halls during this pandemic has reminded me of something the musician Rich Brotherton, my husband’s lifelong friend, heard Loudon Wainwright say at a concert some 20 years ago: “You’re file-sharing the food right out of my mouth.”

Today’s streaming services, which pay out a fraction of a cent per play, are marginally fairer than outright piracy, but their chief value to a performer is the opportunity to reach new listeners: If someone falls in love with a song, that new fan is apt to buy a concert ticket when the artist performs nearby.

Musicians can’t pay their bills if they can’t perform, but it’s not like Chase Rice had no options for waiting out the pandemic safely. Other musicians have found new ways to reach their old audiences. “Live From the Drive-In,” with performances by country, rock and rap artists, and the “Drive-In Theater Tour,” featuring Christian artists, offer concerts with social distancing baked in: Fans bring their own refreshments and stay with their cars, tailgate-style, for the whole show. At the country artist Keith Urban’s pop-up drive-in performance for frontline medical workers in May, the audience “clapped” with their headlights.

Far more common are online performances streamed live and archived for those who missed the show. Last month Sturgill Simpson live streamed a benefit concert from the stage of Nashville’s Ryman Auditorium to an empty hall. Every week she’s in town, Marshall Chapman streams a “Saturdays at Springwater” show from the oldest continuously operated bar in Tennessee. Mary Gauthier streams both a concert series, “Sundays With Mary,” and master classes in songwriting. Mr. Brotherton’s Irish band, Úlla, can no longer keep its weekly date at an Austin club, so the musicians have moved their Sunday evening shows online, each performing from their own homes.

But for all its better-than-nothing virtues, a digital concert doesn’t have even remotely the power of a live performance. And the experience of seeing an artist in the flesh — or on a jumbotron — is only part of the draw.

The real beauty of an in-person concert is the relationship between the audience and the performer, and among members of the audience. It’s the feeling of being a part of something huge and beautiful and fleeting. A live musical performance, whether it’s in a stadium or in a storied concert hall or in the shabbiest dive bar on the loneliest back street, is a shared experience of transcendence. As Rosanne Cash wrote in a recent essay for The Atlantic, a live performance is an irreplaceable act of reciprocity: “They needed something from me, and giving it to them gave something back to me. I loved them. They knew it.”

Expecting people to do the right thing when the right thing flies in the face of human nature is never a good bet. Until it’s safe to sing along in public again, the only answer is for leaders to show some backbone and lock down the concert halls and the bars. Last week Nashville’s mayor John Cooper did just that.

“The LPs and CDs that musicians would have on their merchandise tables at shows across the country are there to be had on their website stores right now,” the Nashville music journalist Craig Havighurst told me in a recent email. Buying the merch “is the most potent way fans can help artists survive this crisis.”

If people can get in the habit of buying records again, it would go a long way toward helping musicians and songwriters survive the pandemic and beyond. “This is the best possible time to rethink our consumption habits as fans for the short and long term,” Mr. Havighurst pointed out. “We should strive for an ethos where we stream to discover and purchase what we love.”

Margaret Renkl is a contributing opinion writer who covers flora, fauna, politics and culture in the American South. She is the author of the book “Late Migrations: A Natural History of Love and Loss.”

The Times is committed to publishing a diversity of letters to the editor. We’d like to hear what you think about this or any of our articles. Here are some tips. And here’s our email: letters@nytimes.com.