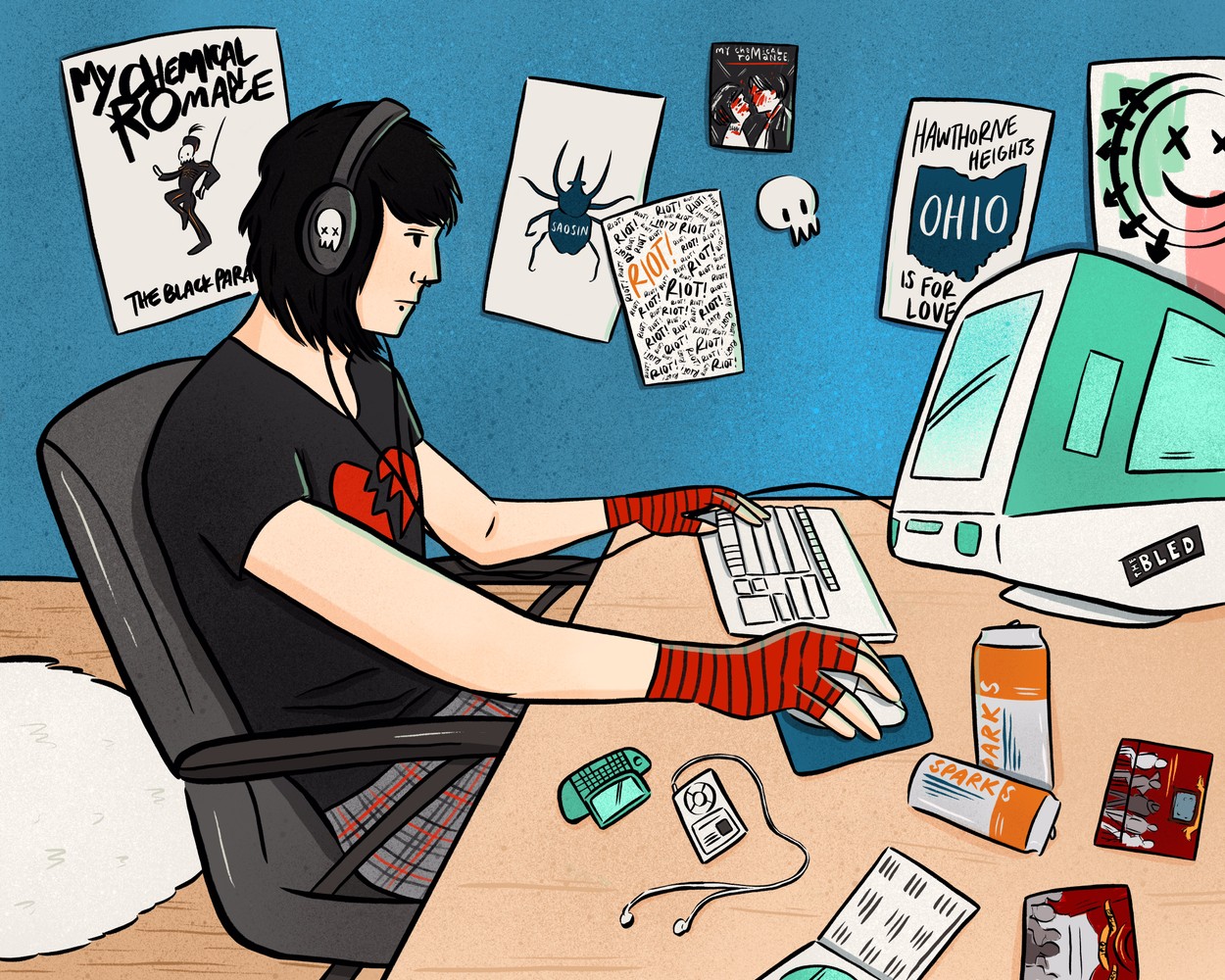 All Gareth David wanted to do was find a few friends. And if they were into indie rock, so much the better. He had just enrolled at Cardiff University, and he didn’t know anyone at all. Fortunately, he had just discovered Myspace right before heading out to university.

“[Myspace] had a really amazing ability to search for bands,” he remembers. “So just searching for people with Pavement in their profile who were online. It just seemed like such a cool thing to be doing. It didn’t seem strange, or like there was any ulterior motive to trying to meet people, you literally did just want to talk about bands and trade recommendations and that sort of stuff.”

David ended up making plenty of friends who shared his taste in music. Some of those friends formed Los Campesinos!, a band that had a Myspace page before they had any songs. He eventually talked his way into singing for them. After posting a demo to their Myspace page, Los Campesinos! were flooded with offers from record labels around the world. Their official debut Hold On Now, Youngster… would arrive in 2008; several more albums and world tours would follow, and more than a decade later Los Campesinos! have become a reliable source of anxious, energetic indie pop. Not too shabby for an outing that David admits might have just been a summer fling if not for Myspace.

“We had no ambition. We didn’t think what we were doing would be popular, we didn’t do it to be popular. We really just kicked on with the band because we had friends who were in bands and would see them playing gigs and having so much fun, and I think we thought that we could do it a bit better,” he says. “I cannot imagine us sending demos to record companies. Myspace did all that work for us. We wouldn’t have dreamt of booking a gig in London. That just wouldn’t have happened. I think I can say, hand on heart, that without Myspace, we definitely wouldn’t have had the career we’ve had. We owe everything to Myspace.”

He’s far from alone in that sentiment. Like white belts and orange cans of Sparks, Myspace so thoroughly defined the way the ’00s looked, sounded and felt that it was probably destined to not make it out of the decade alive, even if, technically, a website continues to exist at the www.myspace.com domain. But at Myspace’s height — roughly 2005 through 2008 — the website changed the way artists and fans found each other and how record labels and buzz-seeking blogs found fresh meat. Artists like Panic! At The Disco, Arctic Monkeys, Soulja Boy, Lily Allen, and Colbie Caillat would become pop stars in part because of their presence on the site, whereas artists such as Los Campesinos! or Nicole Atkins would eventually settle into cult careers after navigating through the sudden, unexpected attention the site could often generate. But not every artist found world-beating success through the site. No matter how hard they tried.

It came to light that Myspace’s new owners “lost” all of the music it hosted from its inception in 2003 through 2015, reportedly misplacing more than 50 million MP3s from upwards of 14 million artists, in essence completely erasing a significant part of this century’s cultural canon. What’s more, it took the company months to own up to their negligence, writing in a statement that “As a result of a server migration project, any photos, videos and audio files you uploaded more than three years ago may no longer be available on or from Myspace. We apologize for the inconvenience.” That no one even noticed that all their old songs were gone for months feels like yet another death rattle for a company that can’t stop dying. (The internet archivist Jason Scott discovered a collection of more than “490,000 MP3 files from Myspace.com,” noting that “There is no other information about the origin of this collection at this time.”)

But there was a time when Myspace was very much alive, and very much the center of many people’s lives. As a new decade begins, it seems worthwhile to look back at the website that defined not just the previous era, but the way we continue to consume and discuss music online, in order to contemplate both how we got to our present moment and what we have lost along the way. In Stereogum’s oral history of Myspace Music, twenty artists and former Myspace executives discuss their experience both using and working on the site, living through the bubble years, and why it couldn’t last forever.

(The following quotes were lightly edited for concision and clarity.)