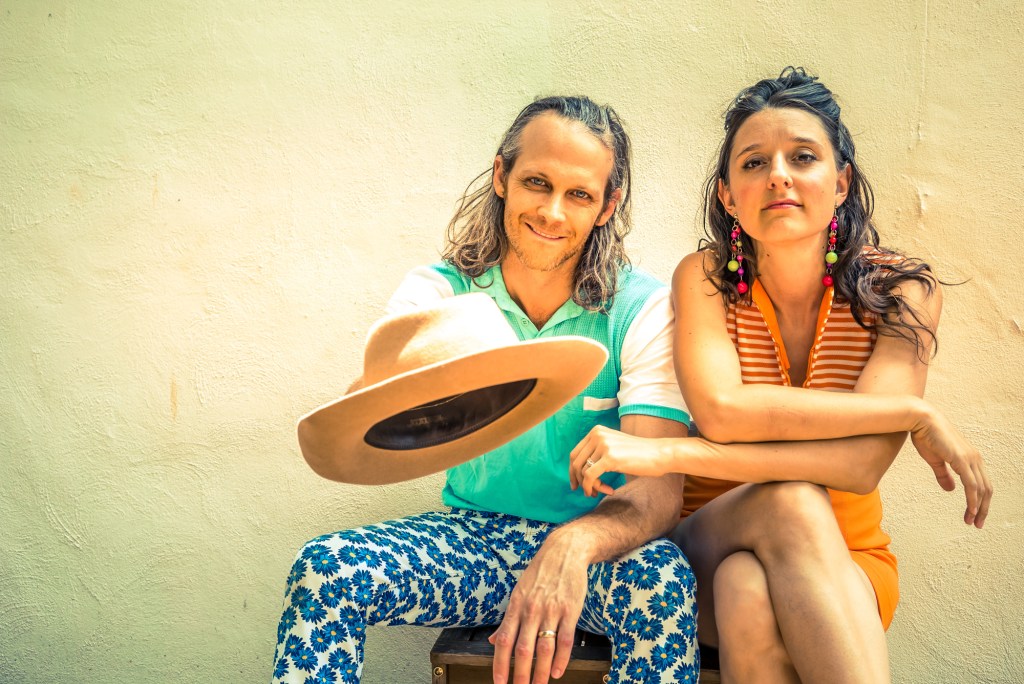 David Wax and Suz Slezak, who make up the Charlottesville-via-Cambridge duo of David Wax Museum, have fallen into a rhythm. After the chores are done, dinner over, their kids put to bed, the two retreat to an isolated part of their house and put on a concert.

Like most independent musicians, the couple makes their living on the road. With that an impossibility, they have taken to the internet: they play for tips on Facebook Live, take to Zoom for “house parties” and even jump on FaceTime to perform a few songs for a single person.

“Suz has also sung lullabies for families with kids at night,” Wax said. “It’s hard to measure the metrics of what we are doing, but we have more engagement from fans online than at any other time. It’s hard to know when it will peak or plateau or go down. But our Tuesday night concerts when we play from our catalog and our Friday-afternoon, family-friendly sets have had a huge level of interest.”

In an odd way, Wax and Slezak have been training for this moment for a decade. Playing a mystical blend of Americana and Mexican folk, spacey indie rock and rootsy rock ‘n’ roll, the pair have spent years on the road playing as a duo, expanding to a six-piece with horns, shrinking to a trio or quartet, and doing it all over again. Almost always with acoustic instruments, they have performed in theaters and crowded clubs, at huge festivals and in cramped living rooms.

“Some of what we have done has come out of necessity, but now we find being nimble is an asset,” Wax said. “The two of us have developed a show where it can be just us and work well. So we can observe this quarantine and do our thing. It’s become a built-in advantage for us.”

As talented and passionate as the pair can be online, the real thing offers something unique. While Wax sees online performances as a valuable part of their work going forward, the two do want to get back to the magic of their “golden hours.”

After the release of 2019’s “Line of Light,” a dark and joyful LP written in the shadow of the tragic Unite the Right rally in Charlottesville in 2017, the pair developed a concert where they performed to blindfolded audiences. Dubbed “golden hour,” the event has no stage or applause or bad seats. Instead, the band wanders through a seated audience while harmonizing and strumming guitars and even whispering into people’s ears.

“We are still trying to get our minds around these concerts, but people are having an experience that is, and I am hesitant to say this because I don’t want to be hyperbolic or self-promoting, but people describe the experience to us as transformative or transcendental,” Wax said. “I have a little disbelief about it but the reaction we have had, people have come up to me in tears. We have been playing music for so long and that doesn’t happen with other shows.”

If you have seen Wax, the reactions are completely believable. The band has never put a wall between performer and audience, with guitars, fiddles and quijadas (actual donkey’s jawbone used as percussion instrument), David Wax Museum has spent years leaving the stage, wandering around audiences singing honest songs of love and despair. Golden Hour only enhances what the duo have been doing for years.

But until they hit the road, the pair will remain online, afternoons and nights filled up with requests for new songs and old favorites including one tune, especially suited for our moment, “Harder Before It Gets Easier.”

“That’s one song people have been connecting to,” Wax said. “People in Italy reached out to us and told us that song has helped fortify them … I have always seen the song as embracing the concept that things will get harder before they get easier. Using these Mexican rhythms that are upbeat we can deliver a message that is hopeful and not dire.”

Log onto davidwaxmuseum.com/songhome to book a personal or virtual house party concert.