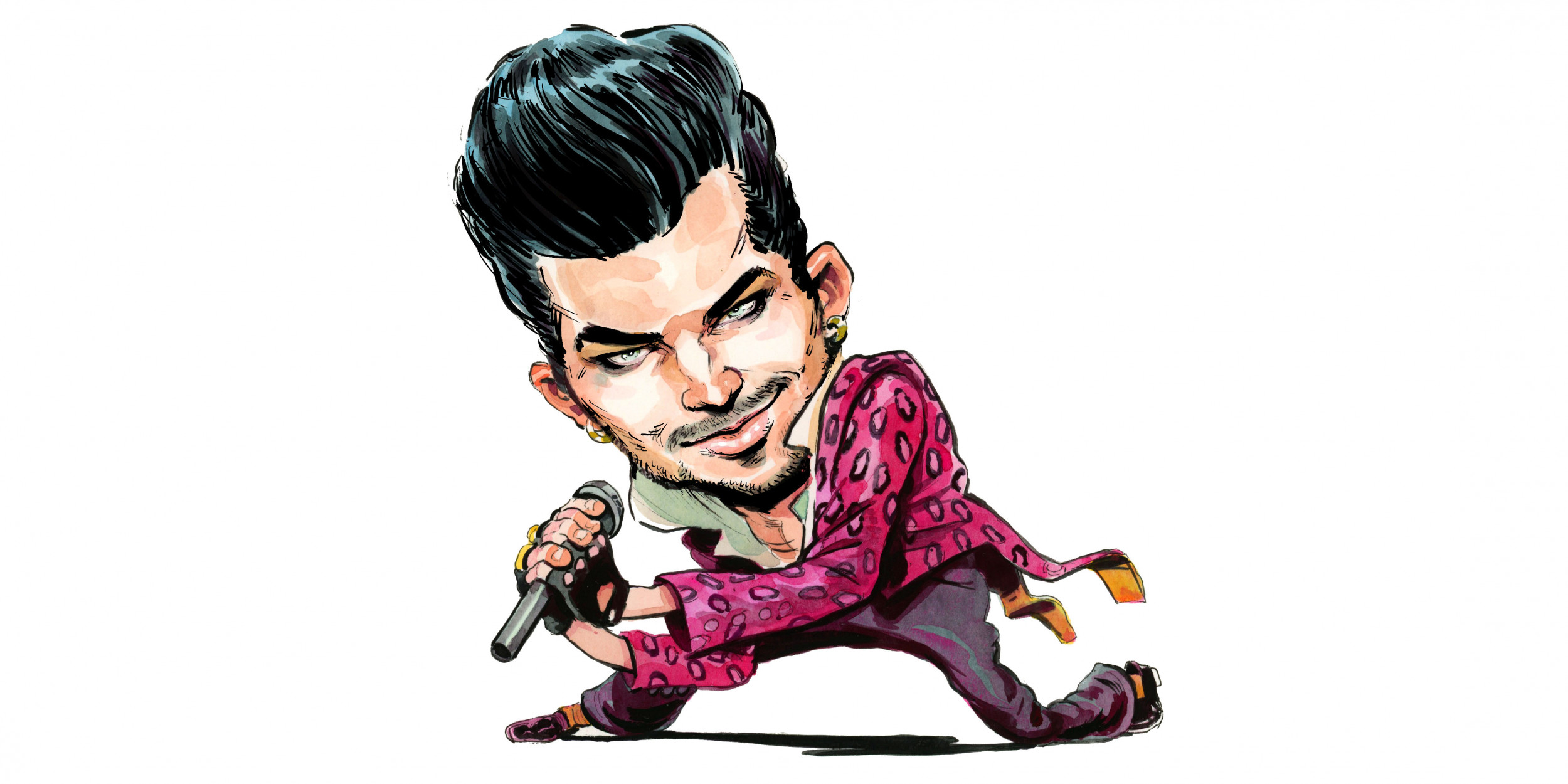 “I have always represented the weird kid, the outcast, and I continue to do so.”

Adam Lambert belongs to that super exclusive club of American Idol alum—alongside the likes of Kelly Clarkson, Jennifer Hudson and Carrie Underwood—who have surpassed the level of success the reality show initially afforded them. Now, after years of touring with the band Queen as their lead singer, Lambert released his fourth studio album Velvet on March 19. “This album I made 100% for me.” Infused with soul and funk influences from the ’70s and ’80s, Velvet is a departure for the artist, moving back to the music he loved as a kid. “I wasn’t concerned with what was trending at the moment. Every time I hear a really good groove, like a classic groove, it makes me smile, it makes me move. So that was my very simple and yet still complex goal for this album.” Lambert, who in 2012 became the first openly gay artist to have an album debut at the top of the Billboard 200, says he thinks Velvet has “something running through the album about self-worth and self-love,” and hopes that it offers all people, but particularly LGBTQ+ people, a source of pride.

What inspired your album Velvet?

I wanted it to be a love letter to the music I heard growing up. My parents had an amazing vinyl collection and so there was a lot of music from the ’70s and the early ’80s. That was the music that made me want to be a musician.

How do you think music can be a force for social change?

People need to summon the pride that they have in themselves and in the groups that they identify with and to fight for their rights, to be heard and to be part of the equation. I have always represented the weird kid, the outcast, and I continue to do so.

How does fashion and style impact your work?

I want to have an element of fun and ridiculousness. Hopefully, wearing whatever I feel like inspires somebody else to do the same thing. My pet peeve is when people say, “That’s really cool, I could never pull it off.”

How has working with the band Queen impacted your solo work?

Since working with them, I’ve become a better musician. Singing Queens’ hits, it reminds you what it takes to make a song that won’t go out of style.

What do you think we need more right now in music?

People doing their own thing. I find it tiresome when everybody just copies the last hit. I’m inspired by artists that carve out their own path and follow their own sound.