From diecast model cars and hero cards to apparel dripping in beer or car parts logos, collectibles are a big part of NASCAR. And now that’s expanding into a digital realm.

Speedway Motorsports — the company that owns and operates eight NASCAR tracks — partnered with GigLabs to create RaceDayNFT.com, the first NASCAR-related NFT marketplace, which launches Monday at 1 p.m. ET ahead of next weekend’s Cup Series playoff race at Bristol Motor Speedway.

“Collecting has always been a big part of NASCAR fandom, whether it’s diecasts or people who have collected our event programs — all kinds of things,” said Mike Burch, chief strategy officer for Speedway Motorsports. “So [we were] thinking, ‘How can we bring that over into our side of the world, our business?’”

With the increasing popularity of NFTs — or non-fungible tokens — in professional sports, particularly NBA Top Shot, Burch said he thought that digital collectibles could be another way to engage fans. Plus, it could contribute to NASCAR’s efforts to develop a new generation of fans, especially “young and technically sophisticated people who love motor sports” because “there’s a lot of them,” he said.

NFTs are comparable to baseball cards, but they’re obviously digital and can be just about anything, like highlights or championship rings. And with the use of blockchains, NFT ownership can be tracked. An example in racing is a Formula 1 video game licensed by the racing series offers NFT opportunities.

“So while images and videos can be spread throughout the internet, there’s a certified, authenticated, verifiable copy that somebody can own,” said Douglas Dimola, the GigLabs CEO and co-founder. “They can then trade that; they can sell that.”

NASCAR fans have responded positively to digital tickets and digital race programs, Burch added, so why not digital collectibles that fans can buy, sell or show off in the marketplace?

“I think that the way that they build a community around [digital collectibles] is what really will give these NFT projects the longevity that they need and that they’re capable of,” said Landon Cassill, a full-time Xfinity Series driver who’s paid in cryptocurrency from a sponsorship deal with Voyager.

For each of these four races, there are four components to the NFTs, including the commemorative ticket NFTs. Fans attending the any of these races also can scan a QR code and get a unique at-the-track NFT, and then they can buy 500 additional collectibles for $25 apiece.

But the rarest of these opening collectibles will be two Winner’s Edition NFTs for the four races, and those will be digital coins. One will go to the race winner, and the other will be auctioned off after the race.

“[The coin] has the track on one side and the winner and date on the other side,” Dimola said. “So the person who wins the auction will essentially have an NFT that they share with the the winning driver.”

Profits from the NFT sales will go to Speedway Motorsports for now, Burch noted, but depending on how successful the marketplace is, money could go to charities or be used as a fundraising tool.

“If it’s somebody that’s new to crypto or has never seen the space before,” Cassill said, “if NASCAR entities can create a way that’s understandable and is not intimidating and makes sense and gives those fans ownership over the things that they love — the drivers, the teams, the tracks that they love — I think it could definitely succeed, as long as it strengthens the community and empowers those race fans.”

Also depending on how fans respond to RaceDayNFT, the opportunities to expand what’s offered are “limitless,” Burch said, including NFTs with other NASCAR entities, the IndyCar Series or NHRA.

And as a reward for ownership, NFTs could translate into real-world experiences.

“So if you own this [NFT] at this specific time, then you can have a race-day experience or meet the driver,” Dimola said. “There’s so many options there, and because we can authenticate and verifiably show who owns what, you can actually create those experiences with these digital collectibles. …

“And as people see that activation come to life, that’s where it’ll really help sell the concept and get people more involved.”

Predicting the winner of every 2021 NASCAR Cup Series playoff race, including the champ 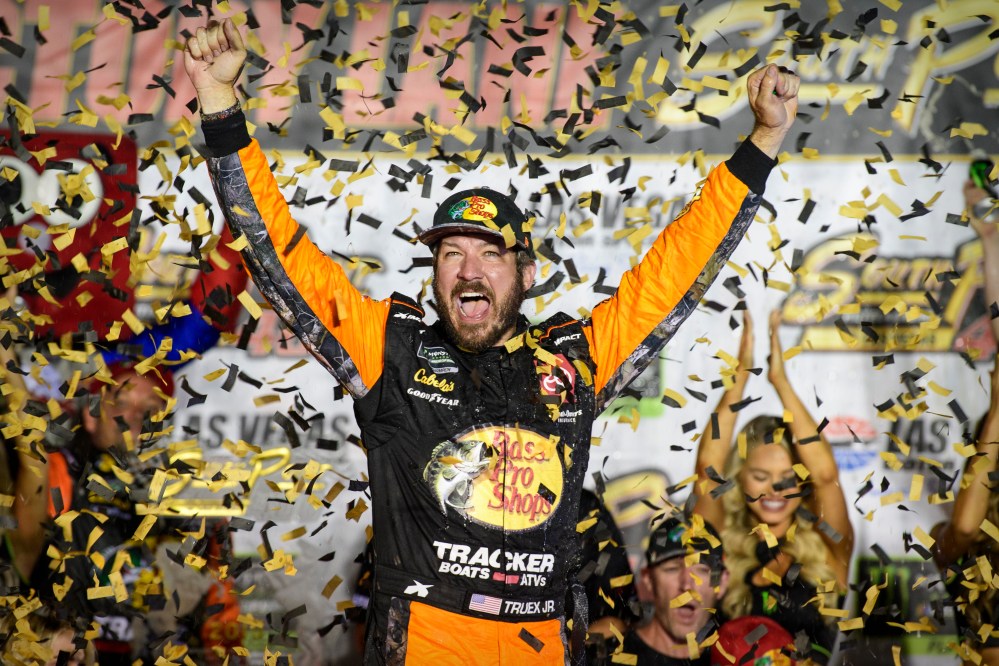