If you haven’t heard of Netflix’s “Squad Game” show then you must be living under a rock, if you haven’t — wow — if you have, Squid Game has turned into the SQUID cryptocurrency and has exploded in value in the last 24 hours. 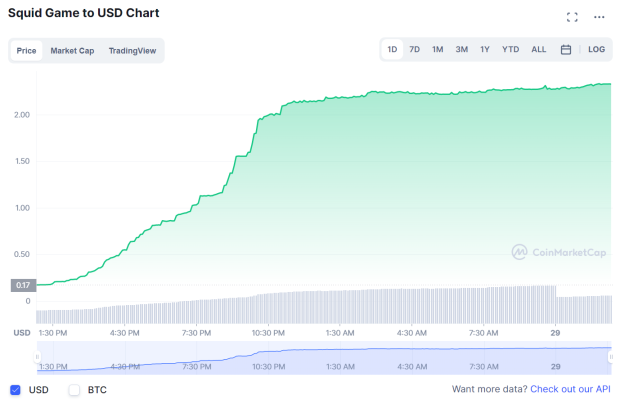 SQUID is up over 1200% in the last 24 hours with a $182 million market capitalization at the time of writing, but as always, these types of coins come with their own warnings. CoinMarketCap has warned that it has received “multiple reports” that people can’t sell their SQUID on PancakeSwap, a large decentralized exchange.

The new SQUID crypto popped onto the radar on October 20 and “sold out in 1 second” according to its own white paper, which has taken the same energy as the meme-fueled Shina Ibu which has absolutely exploded — an $8000 purchase if SHIB back in August 2020 is now worth in excess of $5.7 billion.