Joanna Gaines opened up about how fame and social media trolls have affected her family since she and her husband, Chip Gaines, gained notoriety from their HGTV show “Fixer Upper.”

The renovation and design expert, 43, penned an honest essay in the upcoming fall issue of “Magnolia Journal,” titled A Time for Forward Motion.”

“When our show took off, we couldn’t have imagined all the beauty and blessings that would follow for us and for our family — all of which we’re continually grateful for,” Joanna wrote. “But it didn’t take us long to realize that being a part of this new reality also meant being a part of the news cycle. Stories get written about us, about our family, our plans, our supposed beliefs and politics. We’ve been through it enough now to know that it’s just part of the territory, and a lot of times it’s so unbelievable we can’t help but laugh.”

She admitted that even though she’s grown accustomed to headlines sometimes one or two still affects her.

“Every now and then, a headline or story will strike a nerve regardless of how off the mark it may be. Those times are harder to reconcile because we’re human, and the idea that ‘it’s just part of the territory’ doesn’t make untrue accusations any less painful,” Joanna said.

The author praised Chip, 46, for letting negative comments roll off his back more easily.

CHIP AND JOANNA GAINES CELEBRATE 18 YEARS OF MARRIAGE IN MEXICO

“Then there’s me, the one who wants to right the wrong. Who wants to call foul because I thought we all knew to play fair,” she said.

The couple, who has been married for 18 years, recently launched their own network, Magnolia Network, and spoke to The Hollywood Reporter about diversity and inclusion within their company. 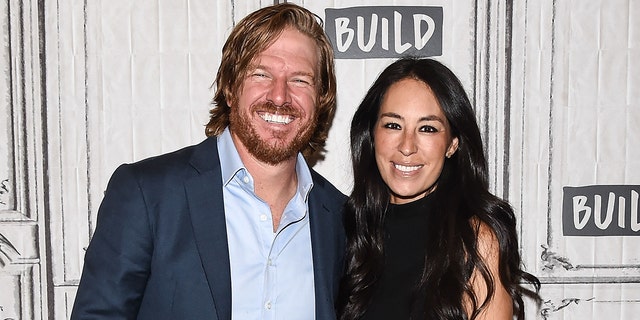 “The accusations that get thrown at you, like ‘You’re a racist or ‘You don’t like people in the LGBTQ community’ — that’s the stuff that really eats my lunch, because it’s so far from who we really are,” Gaines, who is half Korean, the outlet. “That’s the stuff that keeps me up.”

She emphasized, “Growing up as half-Asian, half-Caucasian, I get what that feels like to not be accepted and to not be loved. That’s the last thing I want anyone to ever feel.”

Chip added, “As an American white male, it’s hard to be perfectly diverse… In our own company, we’ve got nearly 700 employees, and one of our biggest passions is making this group represent all people.”